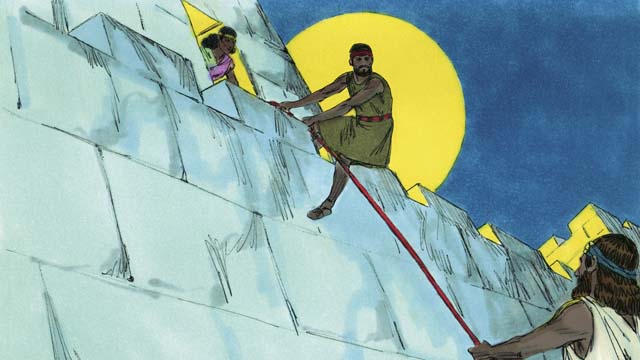 At last it was time for the Israelites to enter Canaan, the Promised Land. Joshua sent two spies to the Canaanite city of Jericho that was protected by strong walls. In that city there lived a prostitute named Rahab who hid the spies and later helped them to escape. She did this because she believed God. They promised to protect Rahab and her family when the Israelites would destroy Jericho. 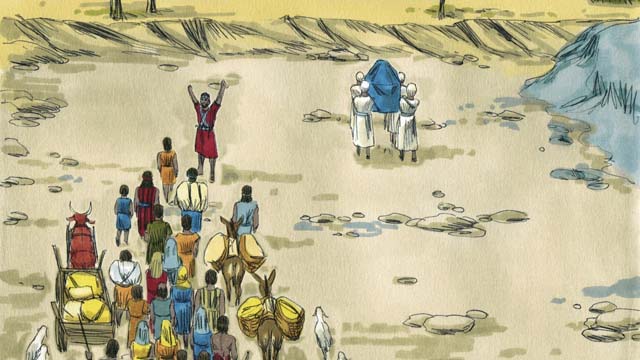 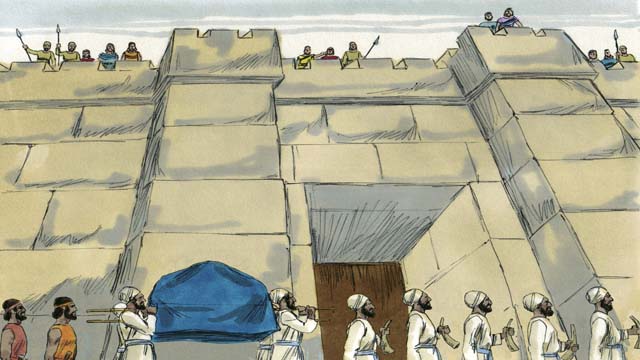 After the people crossed the Jordan River, God told Joshua how to attack the powerful city of Jericho. The people obeyed God. Just as God told them to do, the soldiers and priests marched around the city of Jericho once a day for six days. 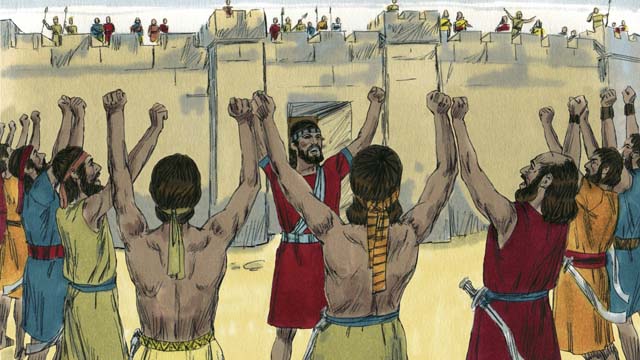 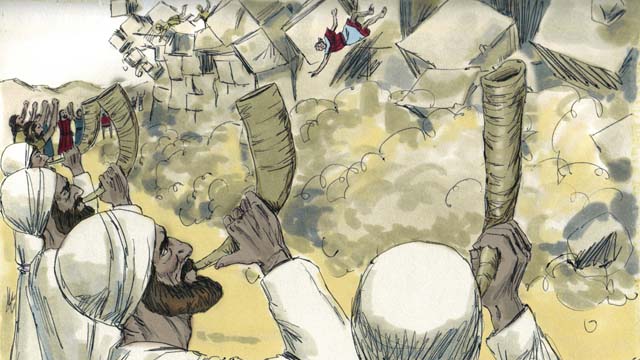 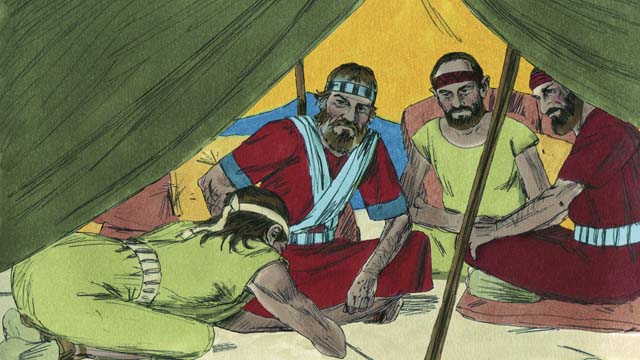 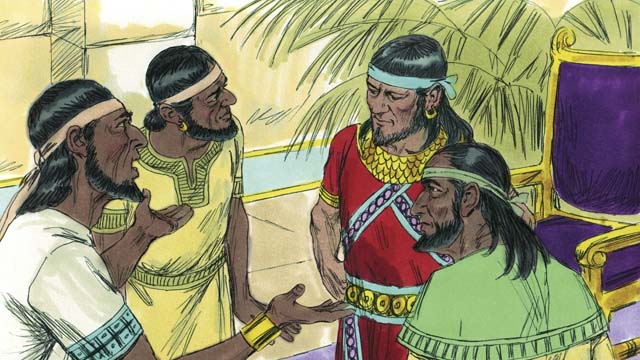 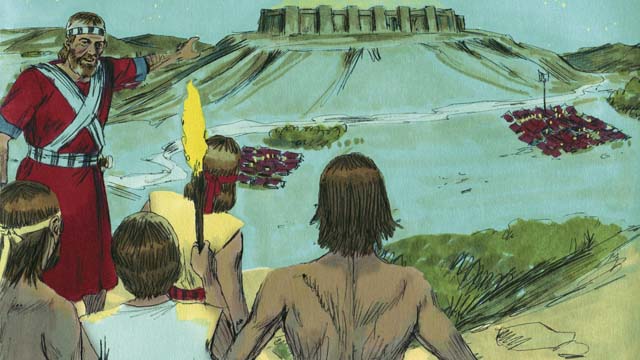 So Joshua gathered the Israelite army and they marched all night to reach the Gibeonites. In the early morning they surprised the Amorite armies and attacked them. 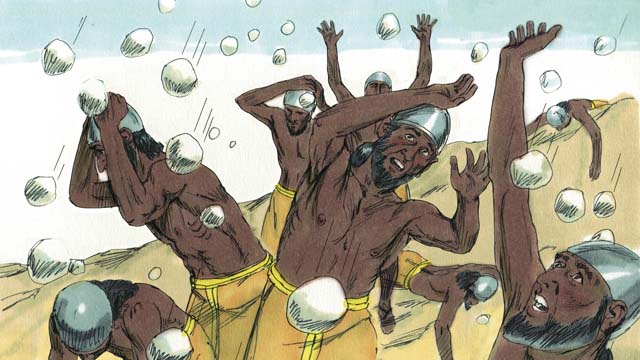 God fought for Israel that day. He caused the Amorites to be confused and he sent large hailstones that killed many of the Amorites. 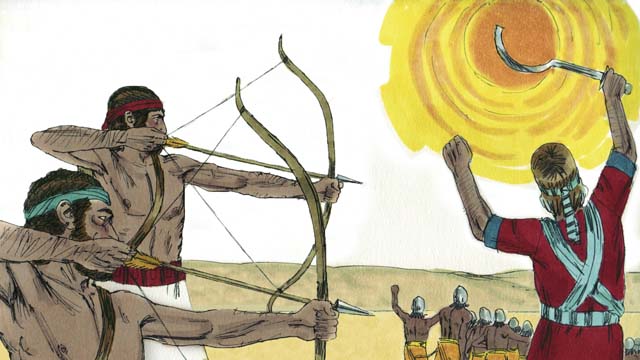 God also caused the sun to stay in one place in the sky so that Israel would have enough time to completely defeat the Amorites. On that day, God won a great victory for Israel. 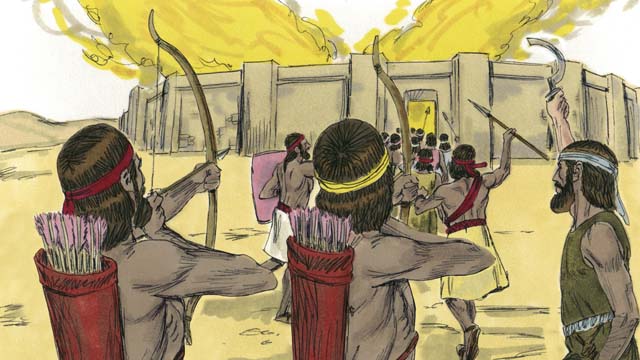 After God defeated those armies, many of the other Canaanite people groups gathered together to attack Israel. Joshua and the Israelites attacked and destroyed them. 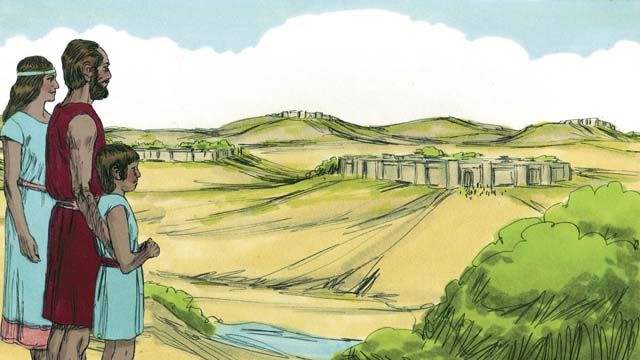 After this battle, God gave each tribe of Israel its own section of the Promised Land. Then God gave Israel peace along all its borders. 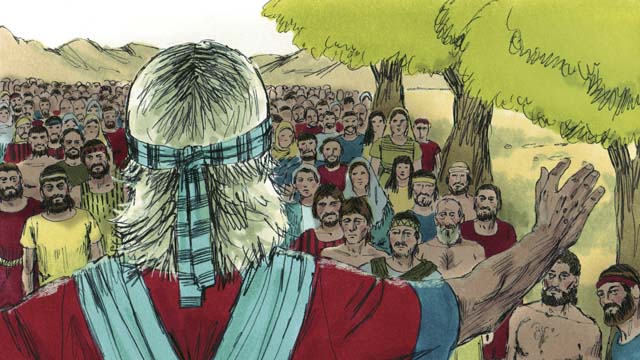 When Joshua was an old man, he called all the people of Israel together. Then Joshua reminded the people of their obligation to obey the covenant that God had made with the Israelites at Sinai. The people promised to remain faithful to God and follow his laws.