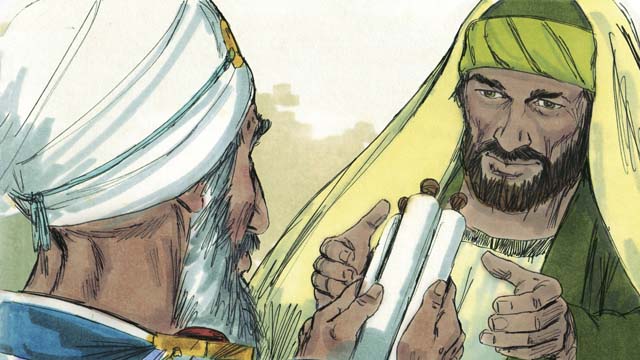 Saul was the young man who guarded the robes of the men who killed Stephen. He did not believe in Jesus, and so he persecuted the believers. He went from house to house in Jerusalem to arrest both men and women and to put them in prison. The high priest gave Saul permission to go to the city of Damascus to arrest Christians there and to bring them back to Jerusalem. 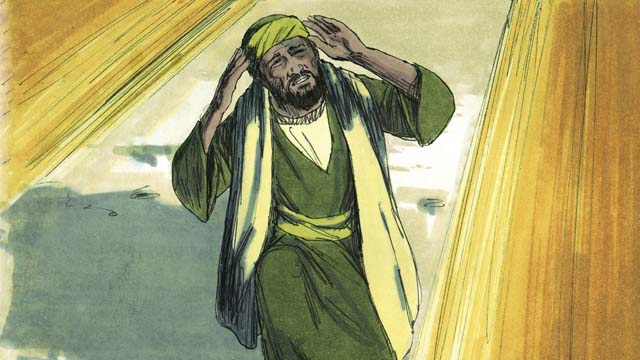 While Saul was on his way to Damascus, a bright light from heaven shone all around him, and he fell to the ground. Saul heard someone say, "Saul! Saul! Why do you persecute me?" Saul asked, "Who are you, Master?" Jesus replied to him, "I am Jesus. You are persecuting me!" 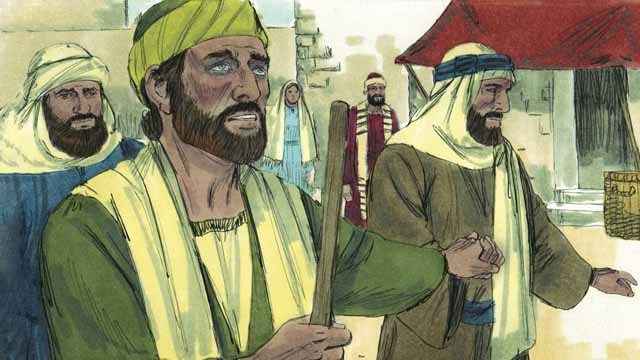 When Saul got up, he could not see. His friends had to lead him into Damascus. Saul did not eat or drink anything for three days. 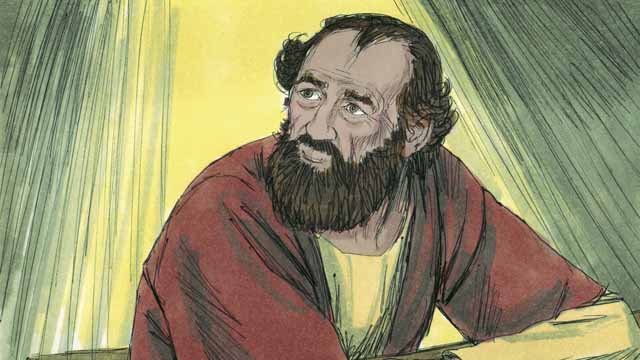 There was a disciple in Damascus named Ananias. God said to him, "Go to the house where Saul is staying. Place your hands on him so that he can see again." But Ananias said, "Master, I have heard how this man has persecuted the believers." God answered him, "Go! I have chosen him to declare my name to the Jews and to people from other people groups. He will suffer many things for my name." 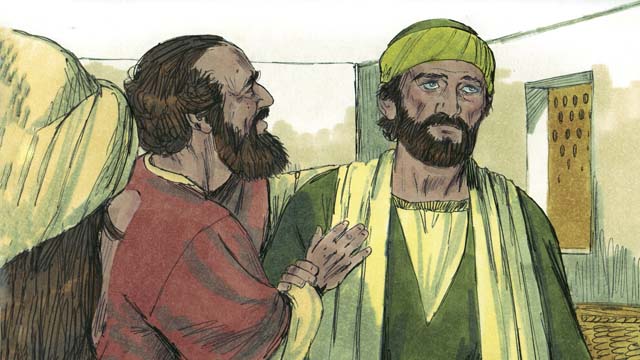 So Ananias went to Saul, placed his hands on him, and said, "Jesus, who appeared to you on your way here, sent me to you so that you can regain your sight and be filled with the Holy Spirit." Saul immediately was able to see again, and Ananias baptized him. Then Saul ate some food and his strength returned. 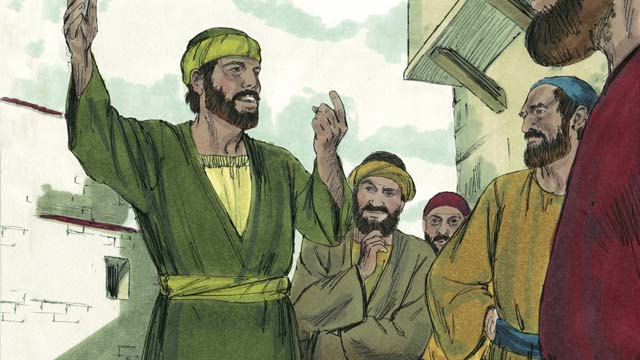 Right away, Saul began preaching to the Jews in Damascus, saying, "Jesus is the Son of God!" The Jews were amazed that the man who had tried to destroy the believers now also believed in Jesus! Saul reasoned with the Jews, proving that Jesus was the Messiah. 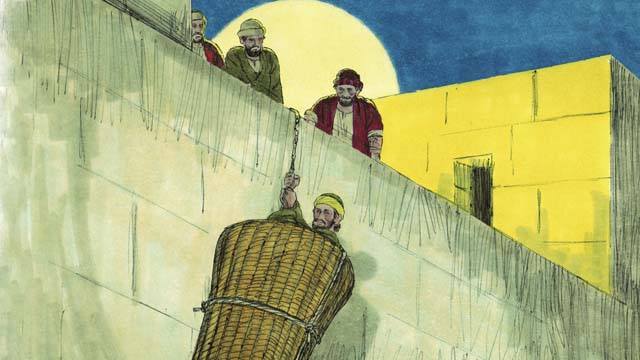 After many days, the Jews made a plan to kill Saul. They sent people to watch for him at the city gates in order to kill him. But Saul heard about the plan, and his friends helped him escape. One night they lowered him over the city wall in a basket. After Saul escaped from Damascus, he continued to preach about Jesus. 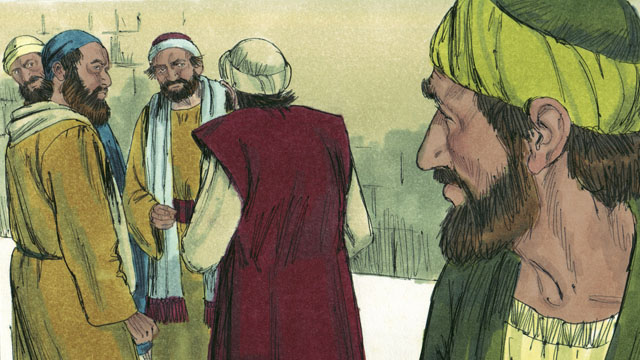 Saul went to Jerusalem to meet with the disciples, but they were afraid of him. Then a believer named Barnabas took Saul to the apostles and told them how Saul had preached boldly in Damascus. After that, the disciples accepted Saul. 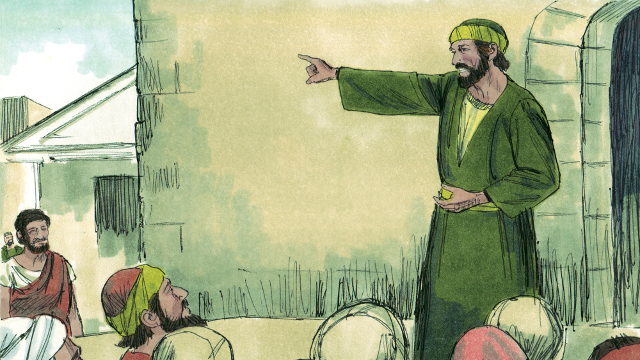 Some believers who fled from the persecution in Jerusalem went far away to the city of Antioch and preached about Jesus. Most of the people in Antioch were not Jews, but for the first time, very many of them also became believers. Barnabas and Saul went there to teach these new believers more about Jesus and to strengthen the church. It was at Antioch that believers in Jesus were first called "Christians." 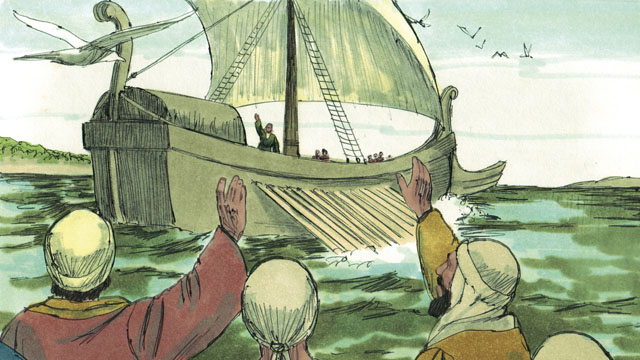 One day, while the Christians at Antioch were fasting and praying, the Holy Spirit said to them, "Set apart for me Barnabas and Saul to do the work I have called them to do." So the church in Antioch prayed for Barnabas and Saul and placed their hands on them. Then they sent them out to preach the good news about Jesus in many other places. Barnabas and Saul taught people from different people groups, and many people believed in Jesus.